Dr. Chris Holze attended Gustavus Adolphus College where he took his pre-professional courses as well as participated in collegiate soccer. There he received his Bachelor of Arts in Psychology, upon graduating in 1998. Dr. Holze trained in NLP or Neuro-Linguistic Programming prior to attending chiropractic school.

Dr. Chris Holze attended Logan College of Chiropractic in MO. While at Logan he worked as a Gross Anatomy tutor helping other students learn the anatomy of the body. He also took 100 hours of post-graduate work in Applied Kinesiology. While at Logan he received his Bachelor of Science in Human Anatomy and graduated in 2002 with his Doctorate of Chiropractic. Dr. Holze had been in practice at Holze Wellness Center for over 20 years.

Dr. Chris Holze is certified and has taken training in many different techniques including:

Dr. Chris Holze is a member of: 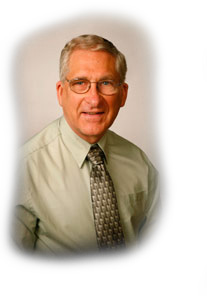 Dr. Lester Holze attended Elgin Community College and then graduated from Logan College of Chiropractic in 1973. After graduating he took an internship at Kentuckiana Childrens Center for one year. He has been practicing in the Elgin area for over 36 years. He is the owner of Holze Wellness Center Ltd. Dr. Lester Holze is certified and has taken training in many different techniques including:

Dr. Lester Holze is a member of:

Chiropractic doctors specialize in the correction of biomechanical disorders of the spinal column through manual therapy. This manual therapy is a drugless, non-invasive, natural form of health care that utilizes the body’s innate or natural ability to heal itself. So how does this therapy work?

We look at the whole body from above down and from the inside out. Like other health care providers, we gather important information about the patient through a standard routine. This routine includes a review of the patient’s case history, a consultation, a physical examination, and in many cases we might request laboratory tests and/or x-rays. Most health care providers focus on the results of these diagnostic tests. Chiropractic physicians also conduct a thorough examination of the patient’s structure and in particular the spine. Lifestyle questions are also important to us—What are your eating habits? Do you exercise? What are your life stressors? Do you have children? What is your occupation? And much more.

As chiropractors, we focus on trying to determine the cause of your health problems. In utilizing all the information we gather from the patient, we are able to determine a diagnosis. It is important to understand that as chiropractors we seek to determine the cause of disease in order to eliminate it at the source. We are not symptom chasers. If your tire on your car keeps going flat do you simply keep pumping it up or do you take the tire off and repair the hole that keeps causing the tire to go flat? Similarly, if the pain in your back you’ve had for weeks on end is being caused by a misaligned vertebra of the spine, which is, in turn, pinching a nerve, do you continue to take painkillers, or do you realign the vertebrae to prevent pain?

We treat the cause of your health problem. Chiropractors have developed a term to describe these misaligned vertebrae of the spine: subluxations. A subluxation of the spine is a misalignment of the bones that protect the spinal column causing pathologic changes in the nerves, muscle, ligamentous, vascular, and connective tissues related to the level of the misalignment. It is a leak in the tire or a shortage in the electrical system of your body. The severity of the subluxation can vary, and there are a number of contributing factors or interferences including structural, emotional and chemical issues. A subluxation can be caused by any number of incidents, including acute trauma to the body, poor diet and nutritional practices, and even stress.

The Story Behind Chiropractic

The word chiropractic comes from the Greek word “chiropraktikos”-meaning “effective treatment by hand.” The purpose is to locate and adjust musculoskeletal areas of the body that are functioning improperly and to restore normal function to muscles, joints, and nerves. Chiropractic returns the body to balance through adjustments of the spine and joints, normalizing joint motion, reducing nerve interference, relieving stress and restoring normal body function. Chiropractic treatment does not consist of drugs, surgeries, or radiation which is primarily the way of the medical model of disease. Doctors of Chiropractic are physicians who consider patients as an integrated being and give special attention to the physiological and biochemical aspects, including structural, spinal, musculoskeletal, neurological, vascular, nutritional, emotional and environmental relationships.

The chiropractic profession was founded in Davenport, Iowa, in 1895 by Daniel David Palmer, who had practiced magnetic healing in the years prior to this. His new focus was spinal adjustment or manipulation. The first chiropractic adjustment was given in Davenport, Iowa, on September 18, 1895, by Daniel David Palmer. The first chiropractic patient was Harvey Lillard, a janitor in the building D.D. (as he is most commonly called) had his office. Harvey had lost his hearing 17 years before meeting D.D., and D.D. offered to check his spine for subluxations that may have influenced the function of his hearing. Within three days of that first adjustment, Harvey had his hearing completely restored, and D.D. had established himself in the eyes of the community as a healer who could cure deafness by “laying on hands”.

This is the true story of the first chiropractic adjustment. While the story appears miraculous, D.D. had been preparing himself for the opportunity that presented itself in the form of Harvey Lillard. Prior to that adjustment, D.D. had been practicing magnetic healing, studying anatomy and physiology, and studying the work of his contemporaries such as A.J. Still, the founder of Osteopathy. From his studies, D.D. reasoned that since the nervous system was known to be the communication system in the body, interference to the nervous system would interfere with normal body function and homeostasis. Examining the anatomy of the body, he reasoned that due to the location of the spinal cord within the spine, and the departure of paired spinal nerves from the spinal cord through holes formed by two adjacent vertebrae, misalignments of those adjacent vertebrae would interfere with the function of those paired nerves. The first adjustment he gave was the first opportunity he had to test his theory in practice.

Chiropractors believe that the central nervous system plays a major role in the prevention of disease. If the human body is to operate at its full potential, the nervous system must function effectively to control and coordinate every cell, organ, and structure in the body, in order to adapt the organism to its environment. Chiropractors utilize holistic, preventative medicine by assessing a person’s health status, lifestyle changes, their management of stress, diet and exercise. These factors work to support the life force of the body and to promote patient health, as opposed to the traditional role of medicine, working to cure disease. Holistic health care does not rely on technological intervention but rather seeks to promote the body’s innate ability to heal itself. The chiropractor promotes this through normalization of nervous system function through chiropractic adjustments, in addition to modification of the patient’s lifestyle.

Videos to Help You Better Understand How We Work to Achieve Wellness in Our Patients!

The Erchonia Cold Laser – As Seen on Network News!