Air Quality: How safe are our children?

In the past decade, recorded cases of asthma have increased exponentially. While stud 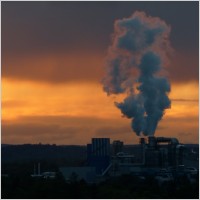 ies are being done to connect this prevalence increase to diet and allergies, among other things, it’s safe to assume that the culprit, at least in part, could be our increasingly poor air quality in the U.S. and worldwide.

A new NASA world map released in September 2013 compares data from the past 150 years to show an increasingly “browning” world, with dark patches of toxic air concentrated mostly over the United states, Europe, China and India, the centers of the industrialized world. NASA’s Earth Observatory website states: “In most cases, the most toxic pollution lingers for a few days or even weeks, bringing increases in respiratory and cardiac health problems at hospitals. Eventually the weather breaks, the air clears, and memories of foul air  begin to fade.

All this toxic air can add up to some real problems over time. According to the U.S. Environmental Protection Agency, approximately 2.1 million deaths per year are attributable to one form of atmospheric pollution: fine particulate matter. Car exhaust, smokestack effluent and other industrial sources emit fine particulate matter.

The Environmental Protection Agency estimates that people spend 90 percent of their time indoors—but that indoor air quality can be two to five times more polluted than outdoor air, and in some studies, more than 100 times more polluted. As stated in WebMD, indoor air pollution is one of the most serious environmental threats to your health, yet no agency can regulate it and few studies have been done about its effects on your health.

In a 2009 study published in Environmental Health Sciences, scientists identified 586 chemicals, including the pesticides diazinon, chlorpyrifos and DDT. Phthalates were found in very high levels. Even more disturbing, they detected 120 chemicals they couldn’t even identify. The deadliest three indoor air pollutants are carbon monoxide, second hand smoke, and radon gas.

Some tips for improving air quality are: don’t allow smoking indoors, don’t idle the car in the garage, use low –VOC paints and buy household plants such as:  English Ivy, Spider plant, golden pothos, peace lily, Chinese evergreen, weeping fig and a few others not listed.